The era of the flapper began in 1920 at the close of WWI and it ended abruptly, with the Crash of 1929.  The period was a particularly restless, defiant and ultimately liberating time for women. As they began to vote and work and drive, they resisted the status quo, causing liberating changes in both fashion and self-expression. 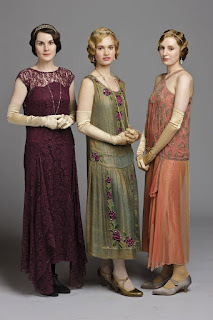 Fashion was yielding to the modern era after decades of constricting and voluminous Victorian attire.  The sweeping fashion evolution of the era was brilliantly chronicled in the costuming of the television mini-series Downton Abbey. Stylish women abandoned corsets for a light chemise. Hemlines shortened, waistlines dropped and sleeveless, loose fitting dresses were the rage. Essential to the flapper style was the long necklace, especially pearls and stacks of bracelets.  Years of growing long hair were ended by the bobbed cut and Marcel wave, making dangle earrings indispensable. Trending cloche hats and oversize portrait hats brought attention to a heavily powdered face, sultry kohl-rimmed eyes and a deep red rosebud mouth.

Hollywood movie studios publicized the glamour and sophistication of their stars to millions of women who wanted to emulate the modern clothes, hair and makeup of their screen idols. Legends such as Marlene Dietrich, Claudette Colbert, Josephine Baker, Clara Bow and Gloria Swanson portrayed the changing roles of women on and off screen. Up and coming designers Chanel, Schiaparelli and Lanvin, fueled the fashion boom during the prosperous period of the Roaring Twenties.  By her own economic means, a woman could drive herself to a department store, shop a wide selection of ready-to-wear dresses and purchase them on credit terms. 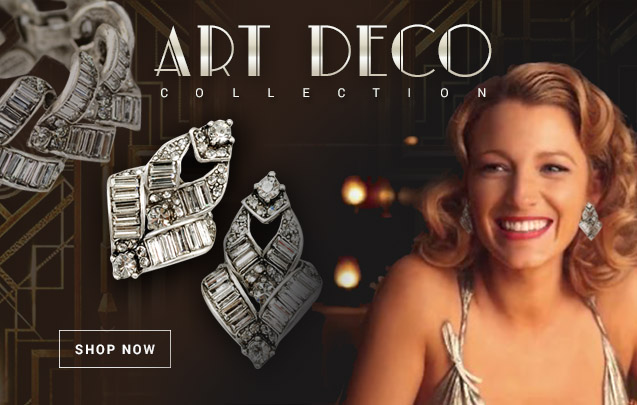 The emergence of seminal art and style movements in the 1920s is what kept this particular decade continuously influential through the century. The ebb and flow of 1920s fashion trends, from vampy false eyelashes and lipstick to statement jewelry and seamed stockings continues into the 21st century.  The inspiration of the Flapper has never lapsed.  We’ve seen her reprise in dozens of movies set in the ‘20s, most recently The Great Gatsby and soon, Café Society.  Yet, her fashion innovations and artifacts are a mere reflection of the independent social role she pioneered for modern women.

Jewelry signed Sweet Romance is designed by Shelley Cooper and produced by the artists of our Los Angeles studios.

Timeless in spirit and expression, our designs and methods blend modern tastes with the essence of antique and vintage jewelry. Most compelling, always stunning, you may discover Sweet Romance at a quaint shop, Kensington Palace or on the set at Paramount Pictures.

Vogue has declared our jewelry “Breathtaking.” And, WWD has called us “an American legacy.” Nevertheless, our heartfelt purpose is the style and joy that Sweet Romance brings to the wearer.